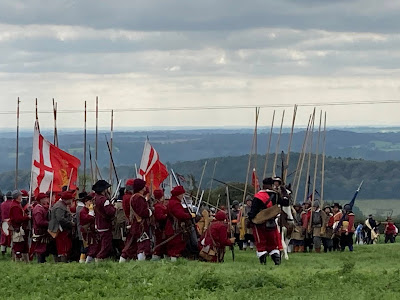 Heading up to the Peak District for the Bank Holiday weekend we suddenly found ourselves driving through a huge ECW encampment. Apparently the Sealed Knot was having their largest muster for 18 months. Luckily the friends we were staying with were up for it, so the next day we returned at 2pm to see the battle.

I'm guessing there were around 2000 re-enactors involved, it certainly had scale. The commentary was really good and the battle well choreographed for the crowds. The commentator had to keep apologising for the fact that the soldiers were grinning not grimacing - it was their first time on the battlefield for ages!

I got lots of nice photos, of which a selection are below. Really want I wanted to do those was speak to the reenactors about how real ECW battles went down at the individual man level. 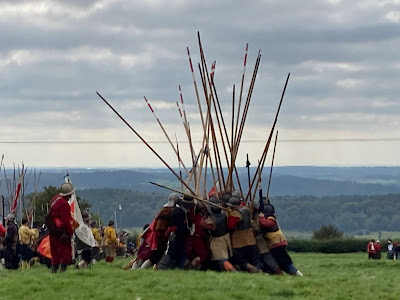 We know that real push-of-pike was nothing like this (but still quite impressive when one side topples over!), so its was great to chat to 4 or 5 of the reenactors to get their views. The main points were:
So all that probably confirms my thoughts and I'll tweak WDBTT (We Die By These Things) accordingly.
Now for the photos.. 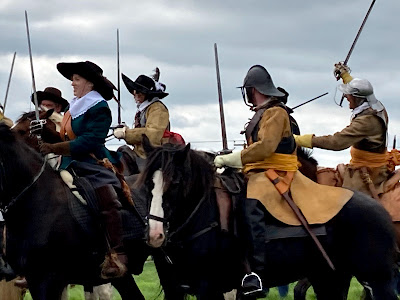 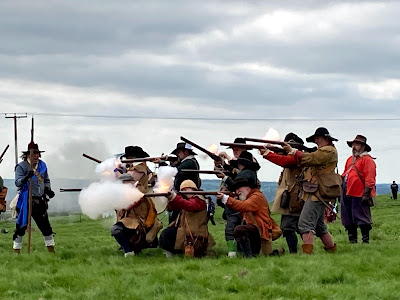 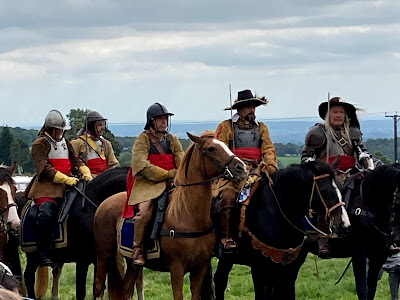 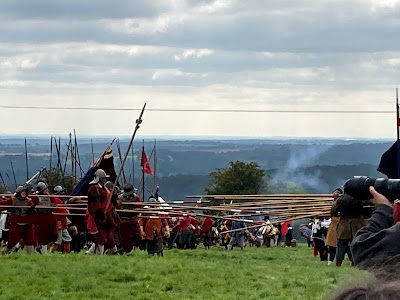 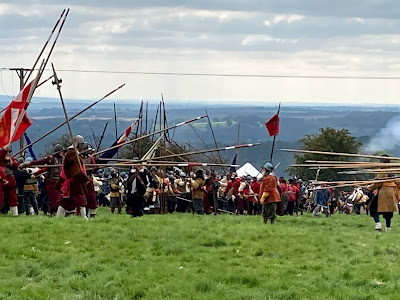 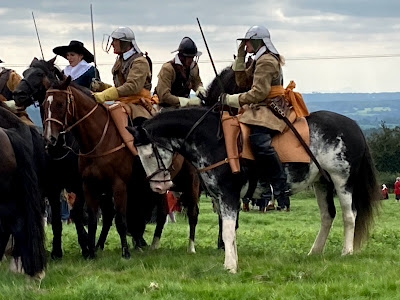 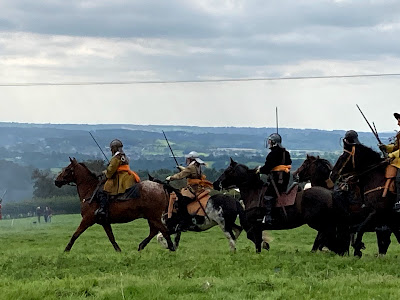 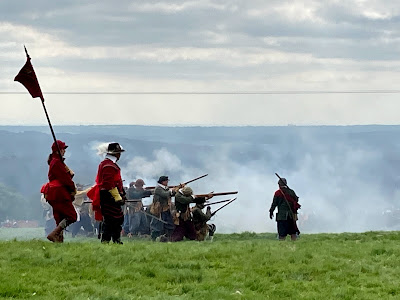 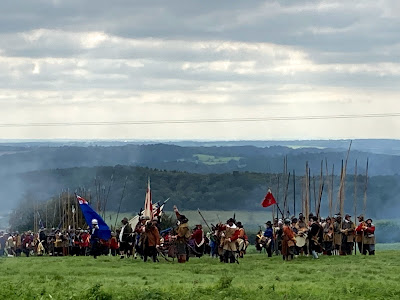 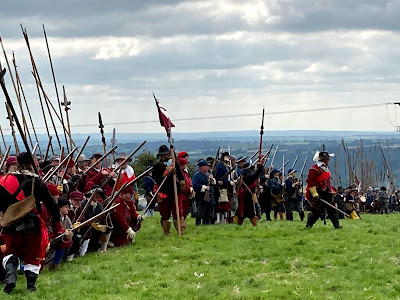 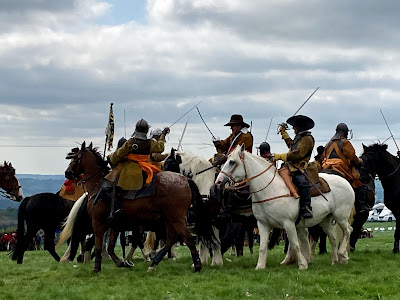 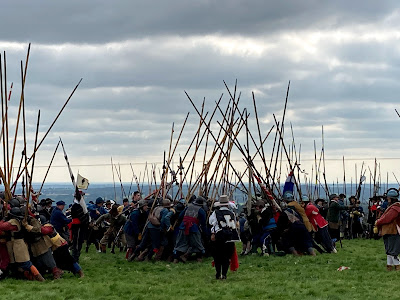 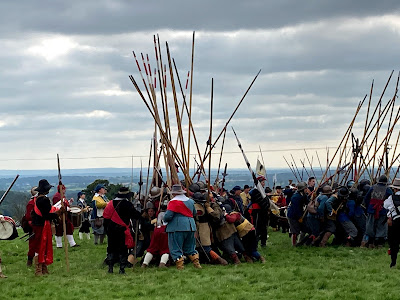 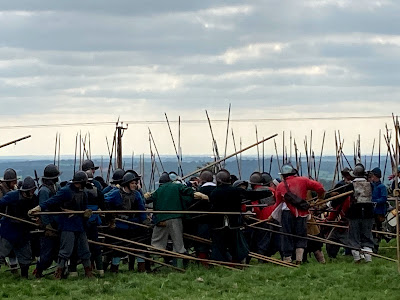 At least I know have a good set of images for any future ECW rules/scenario publication.
Posted by David Burden at 18:39