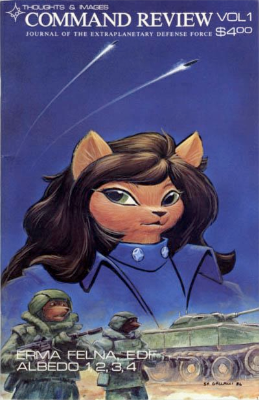 Wow! Sally 4th are going to do a skirmish game and 28mm figures based on the Erma Felna/Albedo comic books of the late 80s/90s. More details of the game at http://albedopatrol.com/Forum/index.php?topic=12.0 and here.

If you haven't come across Erma Felna and Albedo before it was a stunning military/political series/world produced by Steve Gallicci which just looked "right" militarily (Steve was an ex USAF illustrator) but also got into the political and moral implications and reasons for the military action. One of the best bits of military SF ever as far as I'm concerned. Oh, and all the "people" were actually anthropomorphised animals and Steve single handedly kicked off the whole "Furries" sub-culture.

You can see almost all the comics on Steve's archive at http://www.stevegallacci.com/archive/edf/. I've just got  a few gaps in my own collection, so better fill them fast before the prices go up!

Really looking forward to the Sally 4th release. I can use the figures with whatever comes out of my mass-skirmish rules assessment, and put their own rules into that assessment (and I've dug out my old Albedo RPG to check those out too). Sally 4th are apparently going to sell a few figures and make the rules available for free when they start the Kickstarter so people can immediately get playing - great idea.

Will post up images and AARs as I can do do them! 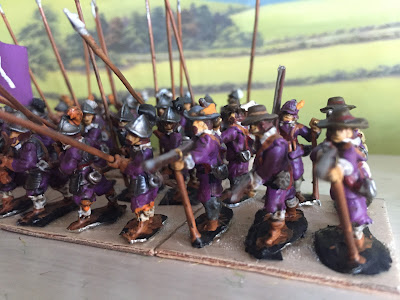 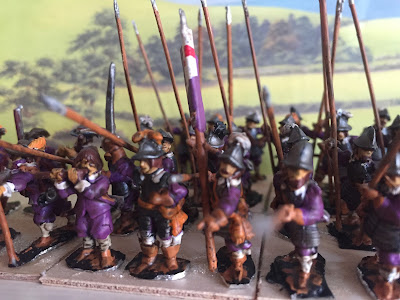 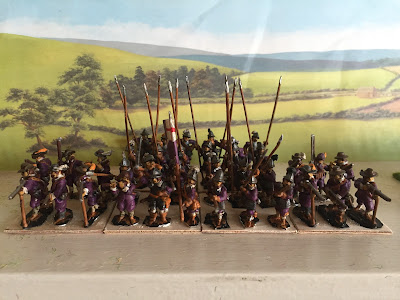