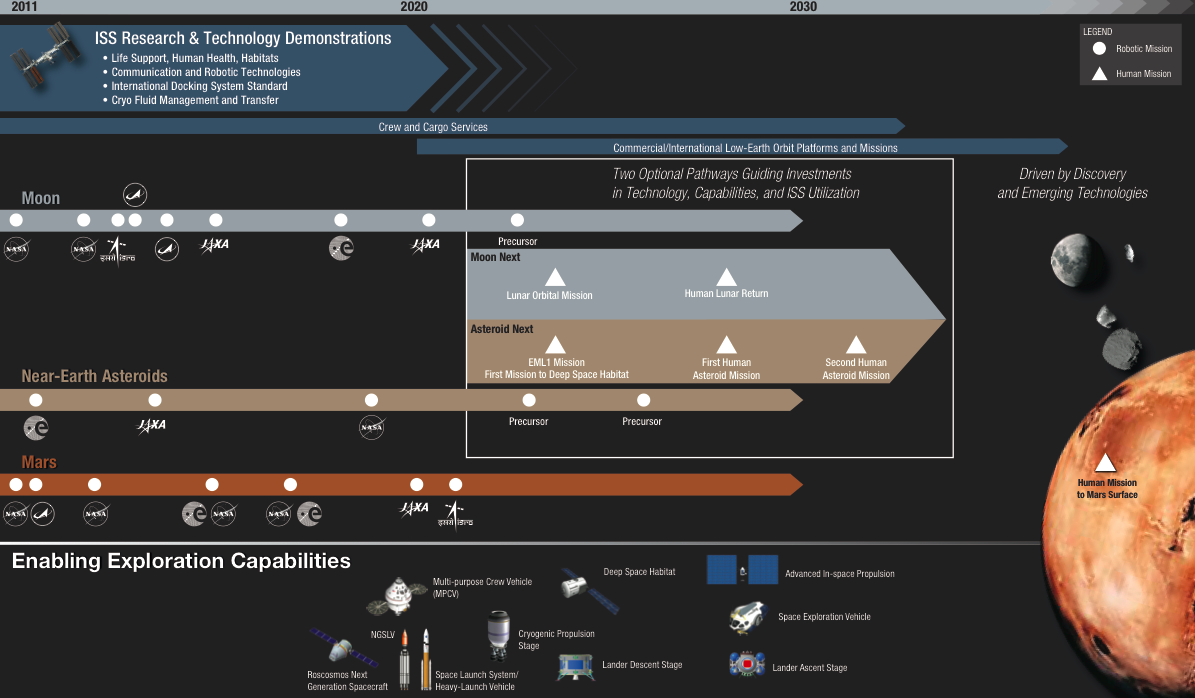 The misleadingly titled "The Global Exploration Roadmap" is a nice report from the
International Space Exploration Coordination Group - a group that includes NASA, ESA and other national space agencies looking at the two possible paths to Mars, one via the Moon and one via the Near Earth Asteroids. Each route is well described, and the following graphics summarise each option: Whilst emotionally I suppose I'm a Moon Firster (or even a Zubrin style Mars Firster) the NEAR case is well argued and in cash constrained times could be attractive - although its lack of real pazzazz may mean its actually a lot harder to fund. Another way of looking at it is that just as NASA is surrendering orbital space to the commercial operators perhaps it should leave cislunar space and Moonbases to them too.

Posted by David Burden at 19:32 No comments: