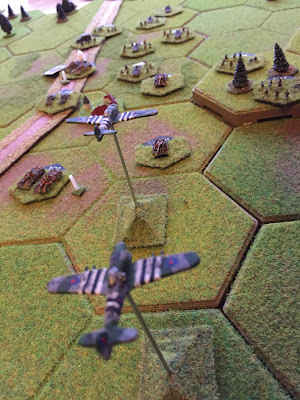 Finally really got my playtest of the latest incarnation (and now named) set of mechanised warfare rules. They're still not really jelling for a whole bunch of reasons, some of which may be due to the rules but many are I think symptomatic of the period and what I would like (but keep failing) to get out of it.

1) What's the right scale/force size? I played Skirmish Sankin at squad size earlier, and Chain of Command at platoon sized. What I really want is full combined arms, and for that you probably need at least a Battalion Group, which is what I'm playing here. SS worked pretty well, but I think CoC was stuck between being a real skirmish and proper combined arms, and felt a bit too "gamey" for me. With the latest version of Contact:Wait Out I've upped it from a Coy Gp set to a Bn Gp set, and its closer but I think the sheer variety of arms in a combined arms game can rapidly make it too bitty (not complex, just bitty as every weapons system is different). Perhaps next I'll try a "simpler" set of rules, perhaps Cold War Commander which seems to get good reviews.

2) Indirect Fire. It does seem that on most battlefields for the last 60+ yrs that indirect fire rules. You come under fire , your weapons can't kill a well protected enemy, so you bring in the fire support, from 25pdrs to Apaches and A10 - not much or a wargame. You can postulate a scenario where IDF is not available, but then you really are back to the very small scale and it's all about use of cover so has to be platoon or less. 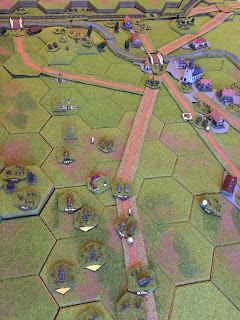 I'll play this one to completion, but then I think back to some simpler ECW and Napoleonic gaming, and then maybe try again with CWC in the New Year, or something like Western Desert tank battles!

Nice trip up onto Pen yr Ole Wen on Sunday. We missed the glorious weather of Saturday, and the snow was softer and the cloud more prevalent, but we still got some great views once up on the ridge, and the descent was thigh deep snow in places. 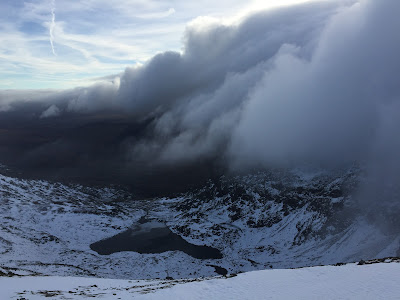 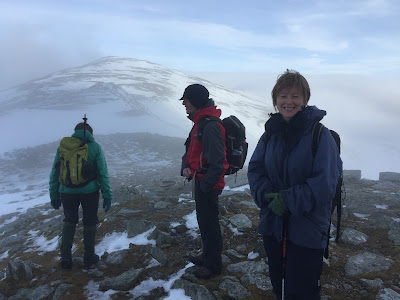 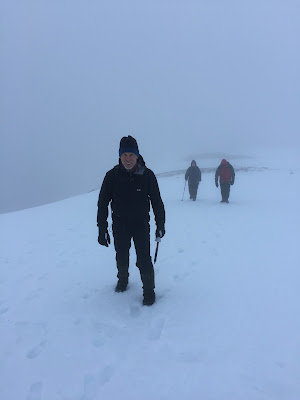 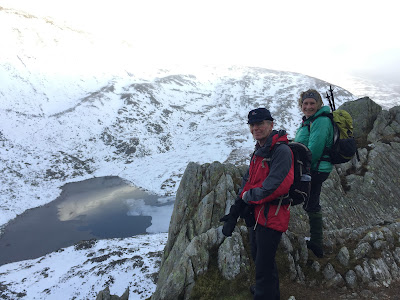 Posted by David Burden at 13:54 No comments: 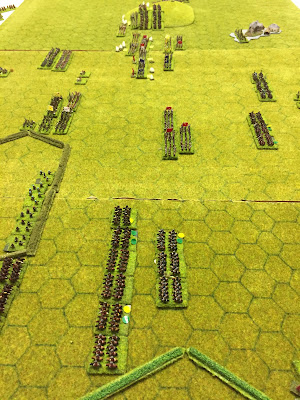 Ran a playtest down at the club on Friday of the ECW version of my SLS rules. The melee mechanic is changed a bit (well really just how the troop type DMs are shown), and musketry is back in, but otherwise the same core mechanic. Appeared to play pretty well and fast - we got through an 18-19 unit game in about 2.5 hours. 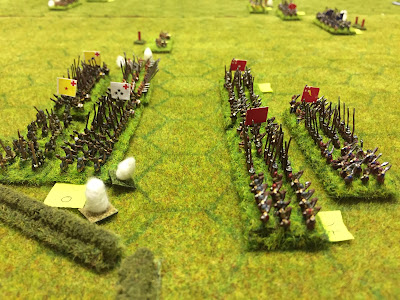 I think I've also found a nice way to do the quality markers and trotter/galloper markers for the rules. In ECW-SLS they are rolled for during the game as each unit first needs them - so you're never quite sure how good units are going to be. We were using mini-post-it type labels for now, but I want something better. I'd tried using 5mm dice in dice holders but they are just too fiddly, but I've not got some square 4.8mm/5mm plastic tubing which I can cut to a slightly longer length. It also means that you could put an equal selection into a bag for each side and have them draw them out - so you know that both side would get the same average capability - will try for the next game.

Posted by David Burden at 23:00 No comments:

Grid based Wargaming article in MW404 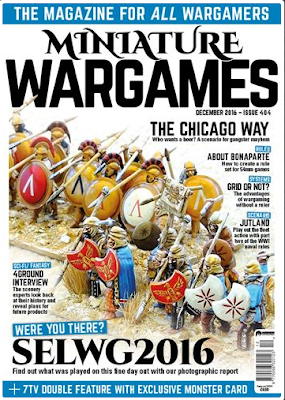 The first of my 2-part Grid Based Wargaming article is in this month's issue of Miniature Wargames (not longer with Battlegames!). The first issues looks at the generic issues, advantages and practicalities of playing on grids (mainly hex), whilst the second part will look at converting 4-5 standard wargame rule sets into grid play. As blog readers will know I almost exclusively play my wargames on grid.

Posted by David Burden at 13:48 No comments:

My mate Alan offered me his ECW army at the weekend. He hasn't used it in decades since a wargame of Edgehill and the figures are old Irregular Miniatures or Heroics, so whilst a bit smaller than my Heroics they'll be fine on the table.

The figures were on simple strip bases, so spent the last couple of days moving them to my standard bases. The cavalry also all had silver helmets and cuirassier, so replaced those with dark/black steel.

Here they are on the new plain bases, next task is to paint and flock the bases, and then get them on the table for the Edgehill battle I've got planned for later this month. 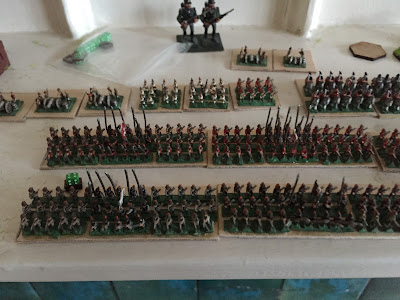 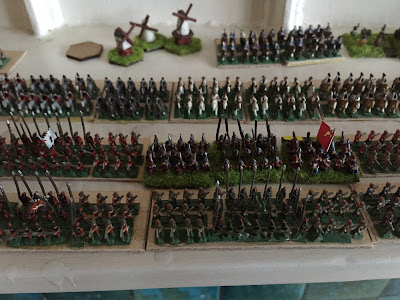 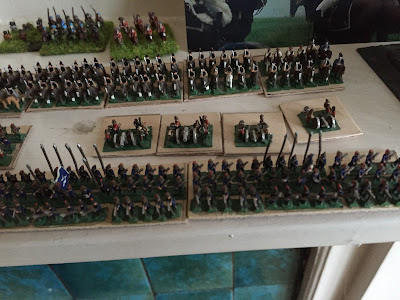 It also just so happens that Dale, another old wargaming friend, recently posted an image of the show guide and entry for that game of Edgehill that Alan used the troops for back when he was a teenager! 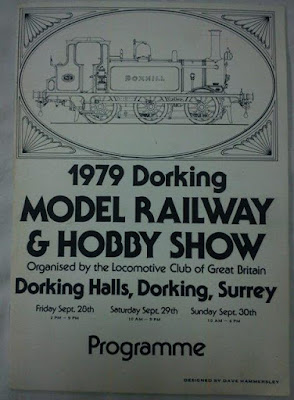