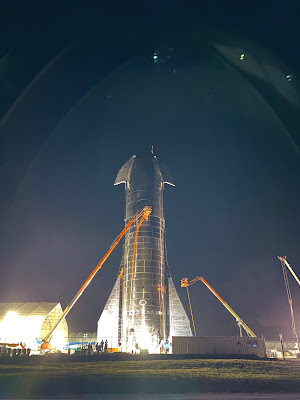 Spent most of the last week watching the Lapadre Live YouTube feed of the assembly of the SpaceX Mk1 Starship. All week it seemed like they were about to mate the two halves, and you've never seen so many cranes and in the end I managed to be out at the shop for the 5 minutes it took to lift the nose section up!

This is just before assembly as they put the 2nd canard on the nose cone. That big yellow crane in the middle was used to do the main lift. Great (clean) chatter on the YouTube channel with all the cranes named and the different types of worker.

The finished result the next day after Elon Musk's presentation where the forward plan seems to be:

Posted by David Burden at 13:28 No comments: 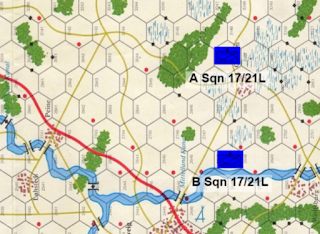 One of the things on my to-do list is an operational set of mechanised rules for use in WW2 (Desert especially) and "modern" - in particular BAOR of around 1987 when I was there. The aim is to not only have them as a game in themselves but to use then to generate tabletop scenarios. ConnectionsUK got me back into thinking about the rules and the BAOR game in particular, especially how over complex (and expensive) Next War: Poland seemed to be.

I dug out my existing "modern SPI" collection, the original SPI Next War monster, Modern Warfare's take on WW3 and one of their recent Putin games), but these were all with Corps/Bde manoeuvre units, and I wanted Bn. The original SPI BAOR is very close to what I want and I've now assembled the hi-rez map, counter sheets and rules electronically, but a few things have stopped me from just printing it all out and playing that:


So it's definitely going to be roll-my-own. I started off a while ago with a set called FreeHexBlitz, and I think I've already completely rewritten them to get something which is a hybrid of the board gaming and table top gaming approach. I've also decided to play it all out on Roll20 (using the BAOR map but my own pieces) at first til I know it all works ( I keep redo'ing activation cards, don't want to have to do the same with 1/2" counters!).

Will report back as it develops.

Posted by David Burden at 13:50 No comments: 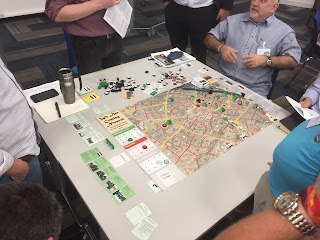 Finally got to go to ConnectionsUK, the annual conference for professional wargamers (i.e. those supporting MOD, Government and other organisations). Over 20 countries were represented so a very international crowd. It was a very participative conference with very few sit-and-listen sessions, instead almost the whole time was spent playing various types of wargames (committee games and matrix games very common, but also SPI style). I got to play a whole day megagame with ~ 15 a side on a "russian" attack on somewhere looking remarkably like Vilnius. This was played double-blind, so running my special force cell all I knew was what my troops on the ground (via umpires) and other HQs told me. Our opening heliborne operation against the main road bridge was a great success and we held it until relieved by ground forces. The weirdest moment though was as the Spetznatz commander briefing the real UK Secretary of State for Defence when he visited.

There was a session on game design where my group had 45 minutes to create the outline of a game on Anti-Access/Area Denial (A2/AD), one of the real naval warfare buzzwords at the moment. Luckily we had some experts in the group and ended up with a good sounding card based game. 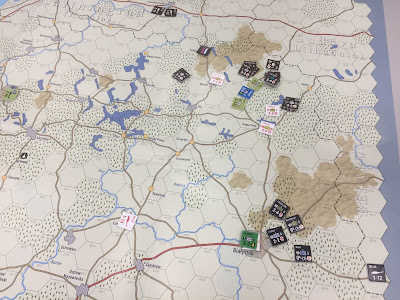 Having to miss Thursday my Wednesday afternoon was spent playing the opening scenario from GMT's Next War: Poland. We managed to get through all 3 moves, but it has a horrendous turn structure and the CRT seems overly complex with column shifts, ratio changes and die-modifiers - see next post!

So a great conference, very much along the lines of COW I expect, and can't way to get to it next year (although capacity wise they may have to go back to limiting attendance).

A couple of other games that caught my eye: 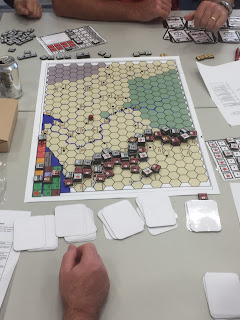 Some good photos of the events and games on Twitter at https://twitter.com/hashtag/ConnectionsUK?src=hashtag_click
Posted by David Burden at 13:33 No comments: