Over the Bank Holiday weekend Nick and I got the chance to playtest my Combat Wait Out Mechanised Warfare rules in a Western Desert scenario - more on that below. It was a scratch force on either side, 1 model = 1 tank, so about a squadron plus on either side, and no check as to in service dates!

Whilst CWO had played well in the last "Baltic" play test it seemed very unbalanced this time round. The -2 TM for fighting in the desert was just too much (on a D10) and the Brits were hitting every time (woudln't have been so bad if Nick hadn't spotted the Matilda's range limitation). Penetration was also too easy for guns below the armour class (only +1 per difference), and initially I made the mistake of having over-powered guns automatically penetrate (which also meant kill).

Day 2 we made changes and the whole thing played much better, but by then it was all over for the Germans! Question is are the rules now too unbalanced at the cluttered terrain/modern kit end. Will try again in a few months, and also mature my Desert Force.

One of the reasons for the game was to play test the MechWar scenario generator I've been working on. I love the pre-game in Blucher and wanted something similar but a) more suited to MechWar and b) added even more rationale rather than just collide with and kill the other guy. I think it worked pretty well - Nick was trying to move in line of march along the coast whilst my German's had a seek and destroy mission, so we weren't sure where the battle woudl take place, and I managed to get all my troops on the table early on whereas his Crusader's really only turned up when it was all over!

We'll give the model a bit more testing and then I'll hopefully get it into one of the wargames magasines. 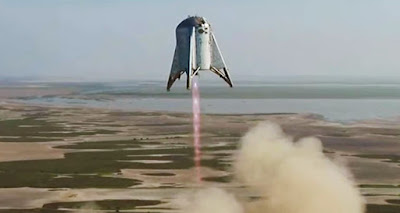 That Starhopper flight was just awesome. May take was obviously the same as Scott Manley's - it hung in the air in exactly the same way that bricks don't (TM Douglas Adams). As with most things that Eoln Musk does it looked like something straight out of SF (50s SF at that), and you can just imagine a bunch of Imperial Marines storming out into the dust cloud as it lands! Can't wait for the 3-engined Starship launch, hopefully this side of Christmas.
Posted by David Burden at 14:02 No comments:

French Chasseurs of the Guard 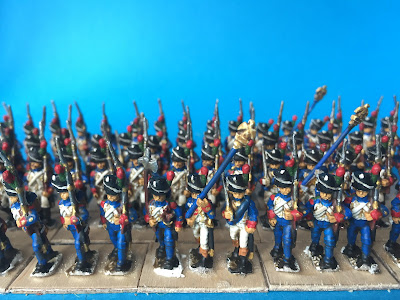 Not been totally idle on the painting front over the last few months but slow progress on the Chasseurs of the Guard, but they are finally all painted - just basing to do. All four battalions ready for Waterloo in 2021. Only have 2YG and 1MG to go and then I think I may actually be done! 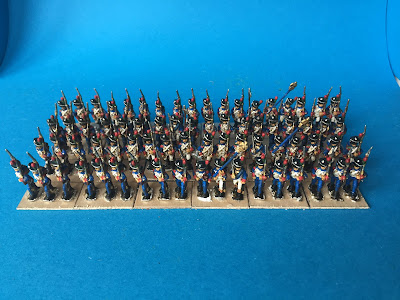 Posted by David Burden at 13:28 No comments: 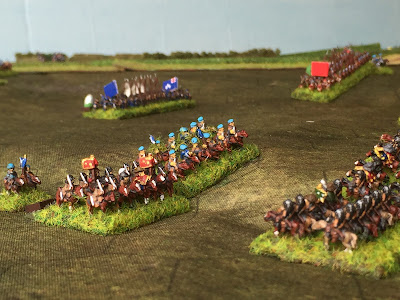 I finally got the 1st Battle of Newbury played through. I used my ECW rules based on SLS ("By These Things...") on a 4cm hex grid. The only real change I made to the rules was to default each using to only 4DP not 5DP, so that they disappear once they get to 4 rather than lingering round on the base line which doesn't seem realistic. Still trying to get some answers to my key ECW questions - see later.

This was the start-up positions, looking N with Parliament on the L, and Royalist on the R. 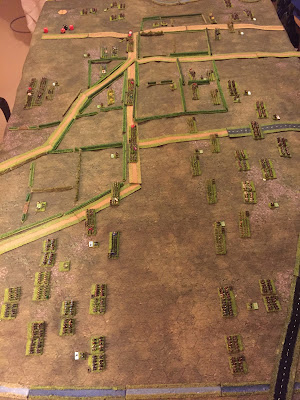 
The game played pretty well, but saw a reverse of the historical outcome. On the N the two cavalry units faced off, with the Royalists eventually seeing off Parliament and in the final turns were about to charge the flank of the Parliamentary Dragoons. 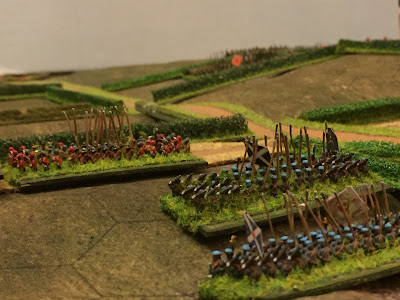 In the N Centre it was classic hedge fighting, the Parliamentary dragoons seeing off on Royalist regiment, and the Tercios on either then getting bogged down either side of the hedges. Parliament's Trained Bands were coming up as reinforcements as the game ended.

In the Mid Centre the Royalists started of on top of Round Hill - and stayed there. After a couple of prolonged melees they saw off the Parliamentary attack. At game end reserve Parliamentary brigade was moving up to have another go. 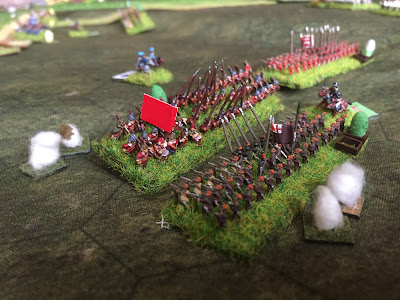 In the S the open country meant it was primarily a cavalry battle, as in real life. The clash of first lines was a bit inconclusive but the Royalists had a stronger second line. With the rest of the game stagnating, and by this time Parliament only needing to lose on more Brigade to lose I decided to just fight the last few turns on this flank only. Parliament held out better than expected but with two regiments blown and pulled back in disorder the Royalists still had fresh regiments to put against them and so started a chain-reaction of morale failures which took two brigades off the table.

All over in about 10 turns, Royalist cavalry controlled the field, and the remaining Parliamentary troops were around to be flanked and encircled.

I think that the rules worked well. The fragility change worked well. I finally picked up a decent book on the minutiae of ECW combat (Going to the Wars by Charles Carlton) which has begun to answer my question about what happens with musket at push of pike (they fire and then melee, there's no real stand-off), but still doesn't answer another one:

The biggy for me though is finally coming to the realisation that hexes don't really match ECW very well which is very linear, so I play the next game on a 5cm or 10cm square grid.


And a final few photos: 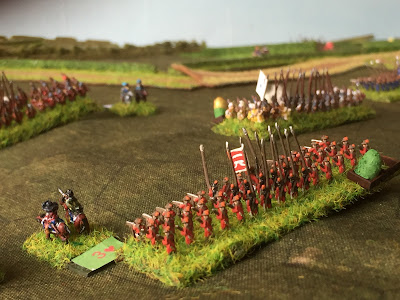 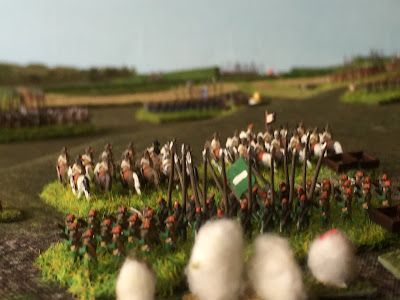 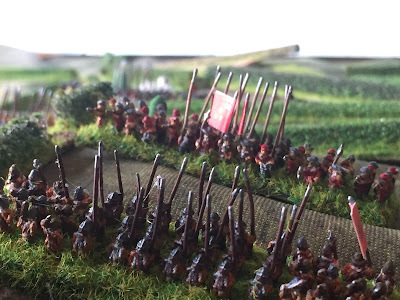 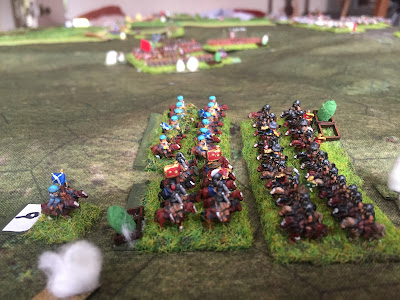 Posted by David Burden at 14:00 No comments: 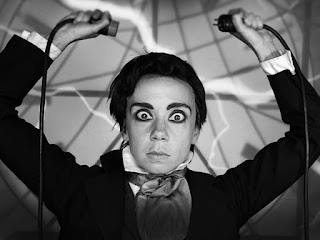 Just back from a long weekend up at the Edinburgh Fringe. Lovely place to stay in Marchmont with a nice walk across the Meadows each morning, and a nice walk back from Summerhall in the evenings. Similar quality of shows to last time, but nothing that was really really standout (or that bad either). Interestingly we didn’t see a single show that was primarily about the scripted English interaction between two or more human actors!

Feast**1/2 - Summerhall
A bit of an oddity as the actor covered herself in milk and earth and then food. Not sure what it was really all about.

Boulder**** - Pleasance
A puppet take on the Sisyphus myth with a poor puppet trying to push a boulder up a hill. Really nicely done with innovative staging, two scales of the puppet (and boulder) and very well delivered music and songs.

Manual Cinema’s Frankenstein **** - Underbelly
We saw Manual Cinema a couple of years ago. It was a great show then and still great this time. What was interesting was how they’d broadened on the original pure OHP/silhouette model to include both more live action silhouette, silent-move style real video, and a bit of puppetry. They framed the whole story in the death of Mary Shelly’s baby and how Frankenstein was partly a wish to bring her back to life.

Three Deaths of Ebony Black **** - Underbelly
More puppets but a totally different style with a minute venue and two engaging performers and handfuls of cup-head type puppets and the story of Ebony Black told with wit and humour.

1927’s Roots **** - Edinburgh International Festival
We first saw 1927 in one of the dank dark arches of the original Underbelly over a decade ago. It was a wonderful performance then, mixing film and live action in a way that was close to the great Forkbeard Fantasy. The new show didn’t stray far from those routes being a compilation of folk tales portrayed by simple but elegant black and white drawings projected onto a screen from which the actors faces would appear strategically placed to match with the characters and action, or occasionally in front of the screen. The same technical craft and whimsical delivery as ever.

Considering the climate crisis and the question of whether we can reverse what we have done this was a real tour-de-force. Beginning with what looks like an Eve-and-the-apple scene at first you can’t work out if their speaking Flemish, Dutch or something else. They’re moving oddly too. Then it dawns on you (helped by the palindromic title) that they are speaking and acting backwards. As the story plays out (backwards) the apple is eaten, the tree destroyed, bags of rubbish fall from the sky and are scattered about, and final a big golden statue erected. With echoes of Red Dwarf’s classic Backwards episode I was trying to construct the forward narrative and to translate the words (I think I only succeeded with Yes and Sorry). I’d been hoping they might play it forward but didn’t think they dare/do it, but sure enough as the acting ended a screen came down one of the actors struggled into forward speech and then a video played of the whole of the first half reversed, so they story plays out “normally”, with strangely distorted human speech and movement, the statue being destroyed, the litter picked up, the tree planted, and yes, the apple regurgitated and placed back on the tree. Wonderful, and the sheer skill needed to construct it and act it out unbelievable.

Fishbowl **** - Pleasance
We went along purely on the basis of the flyer, but the fact that it was booked into the Grand should have suggested something impressive. The stage is 3 small bedsits, occupied by smart and clean guy, scruffy guy, and newly arrived bohemian girl. The whole performance is then like a modern silent movie following their dramas and escapades as neighbours and more. Crammed full of sight gags and a real stunner of a finale it was a great piece of (French) entertainment which really ought to tour every town and city in the land to show people just how accessible and fun modern theatre can be.

Trying It On **** - Traverse
We saw David Edgar’s play at the MAC in Birmingham last autumn, so it was interesting to see how he’d changed it for the run at the Traverse. The most notable change was giving Dani, the stage manager, a bigger role and how there seemed to be a more explicit handover of the torch for radical (left) campaigning from the older to the younger generation.

Sh!t Theatre’s Drink Rum with Expats **** - Summerhall
A fun and thought provoking piece from Sh!t Theatre’s two actors about their trips to Malta to create and put on a piece at “The Pub” – expat hangout and death place of Oliver Reed – as part of the City of Culture celebrations. After an exploration of the pub’s many characters the piece turns to consider the issues of refugees, those rescued, turned away and who die, and the “golden passports” scandal and the murder of journalist Daphne Galizia. The free beer, for the lucky few some rum, some crowd surfing, great story-telling, life jackets, a dinghy and a dog all made for a very entertaining but thoughtful night.

Mariner’s Tale *** - Paradise
Some nicely delivered story telling weaving family and loss, the Argonauts and a spell on a round-the-world yacht expedition that could have benefited from a clearer structure and aim, and some tighter prose.

CSI:Improvisation ***1/2 – Underbelly
One of the many improvised dramas/musicals on the Fringe, this one based around who-dun-its (and not really anything to do with the CSI franchise. We had the audience selected tale of the murder of Leah Unlucki, a school dinner-lady, by a piccolo. Delivered with gusto and lots of in-jokes developing along the way, a good hours entertainment.

A few things we missed but might hopefully see on tour:

Posted by David Burden at 13:22 No comments: