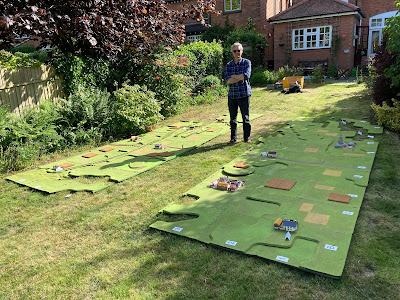 One of the reasons for the dearth of posts on here recently (apart from a general increasing in socialising post-vaccine) is that the Waterloo60 project is now only 2 months from completion. A major milestone was reached this weekend when Nick and I laid out all the terrain tiles for the first time. At 20' x 12' we needed the garden (and a fine day) to do it in.

The laydown fulfilled its purpose, showing that we needed 5 more level 1 tiles, but luckily I had those spare. It also showed what edges we needed (plenty spare) and we could play around with how to lay out the tables to make the whole thing reachable. After Liphook we'd toyed with the idea of have 3 tables running N-S, so that the fight for the ridge didn't end up over a table as edge it did at Liphook. Luckily though our tile arrangement placed the E-W break just behind the Grand Battery ridge, so the simple 2 tables running EW should be fine.

We also laid out the villages and fields to get a better sense of the look of the thing - but drew the line at 100+ trees.

We also tried a couple of options for the "Tier 0" level, looking at plain cloth, flocked cloth, plain felt, flocked felt, and a whole new lot of tiles. Flocked felt and tiles looked best, but tiles would double the storage/transport need, and take ages. Flocked felt was a bit more expensive but will be more practical in time and space - cue an order for 8m of felt!

It did seem smaller in some ways than I expected. I think its probably 4' narrower than Liphook (mainly on the Braine l'Alleud side, and Liphook had a whole rear table down by Caillou which was never touched, so I think ours will be fine.

It's classic 1mm = 1m scale, marked in 10cm squares on 60cm tile - and we spotted which tiles are missing their dots. We also laid out each Division as a sheet of A4, in reality it will cover twice that, but it gave us confidence that we had the space.

I had roughed up some rules based on Bob Cordery's Portable Wargame in case we got a chance to use the A4 sheets as giant counters but other tasks were more pressing - perhaps play that another time - the garden party game approach to Napoleonic wargaming!

The hall is all booked (courtesy of my Mum!), Adrian is busy saboting, and Nick is busy basing and saboting. I've got to confirm the laydown to Bn level and smarten up some of the terrain, but otherwise we're almost ready for the big game on 20-23 August! 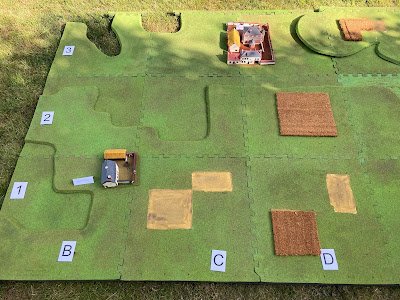 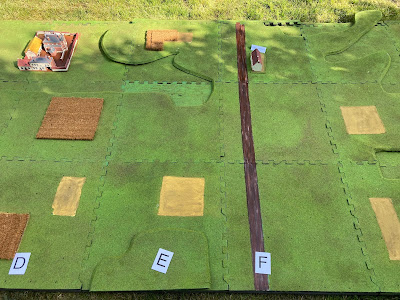 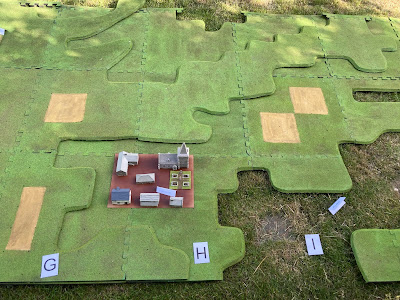 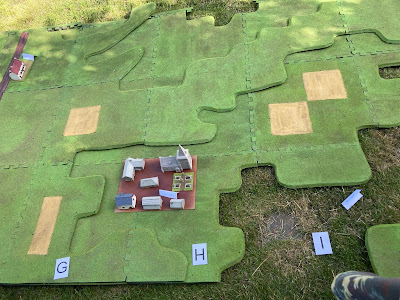 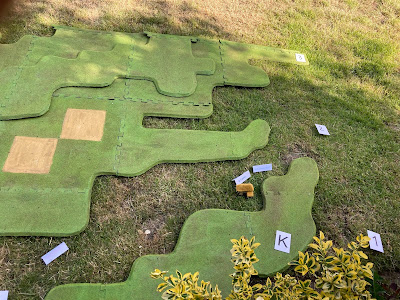 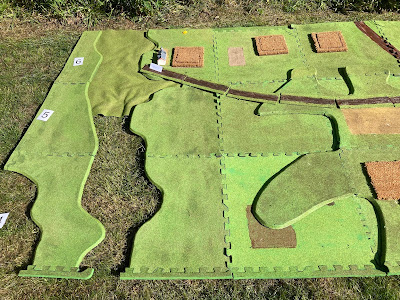 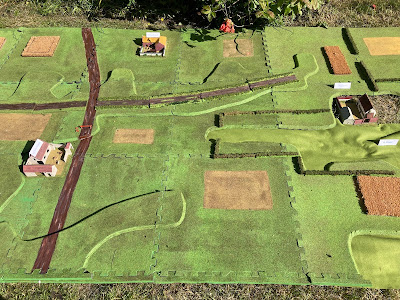 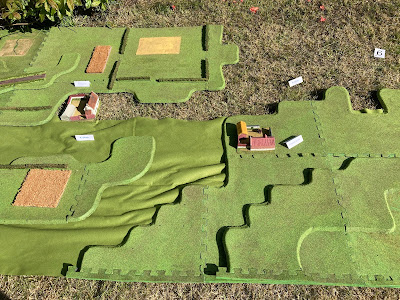 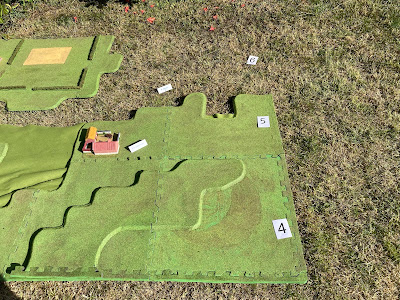 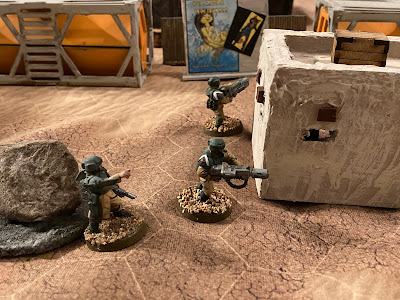 Having heard quite a lot about Frostgrave, but having minimal interest in Fantasy, when Stargrave came out I thought I ought to give it a go. I pulled together one team from a collection of Warhammer 40K (?) figures and another from my Albedo figures. I rolled up the Captains and First Mates for each and bought some crew. I had Pebble Park laid out ready for an ACP164 game, so distributed the loot around that, the two sides rolled to arrive on adjacent edges, and battle was joined.

The Warhammer guys had the closest loot, and their Mystic leader took two of her team off to secure the two closest. The Albedo captain and his squad got into a firefight with the Warhammer 2ic which lasted most of the game - both seniors being killed. The second Albedo group legged it after the Mystic, took one of her team out as she got to the 2nd loot, and then a firefight (and spell fight) erupted around the 2nd loot and Albedo won. Their remaining team members doubled back to help the OC's party, with grenades being lobbed over the fencing being particularly effective. In the end the last human bought it, and the critters (well the two left) were victorious.

The game really did dissolve into a series of to-the-death firefights. None of the fluidity and individual action I typically get in an ACP164 game. The basic to-hit mechanism is an opposed die roll added to broadly equal skill stats, so lots of exchanges gave no hits, and then with body armour lots of those gave no damage, and then damage could be soaked up quite a lot - so it did end up as a bit of a boring dice fest. The spells added a bit of colour but without overdoing it - so little chance of recreating Red Star's Warkaster type effects.
From what I'd heard of Frostgrave I'd hoped to find more in terms of the collaborative play, scenario design and campaign side, but every game just seems to be a fight for loot boxes.
Oh well, back up onto the shelf. 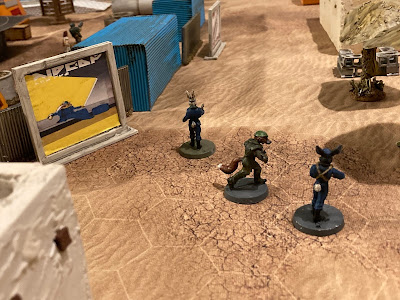 Posted by David Burden at 21:46 No comments: